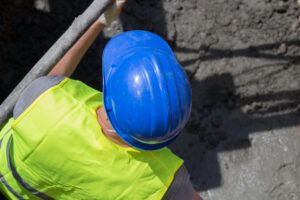 M•CON’s 2020 was a long and difficult year not just for our day-to-day lives, but also for our jobs. Projects took longer, the world slowed down, and we all had a moment to reflect. However, now in the midst of 2021, M•CON looks forward to the future of the industry by examining the outlook of new construction and UCCI performance. Continue reading below to find out more!

After one of the most devastating years that the United States has endured, I cannot help but think of the speech from Al Pacino in “Any Given Sunday,” “We’re in hell right now gentlemen. Believe me. And, we can stay here, get the **** kicked out of us or we can fight our way back into the light.” As vaccines are administered throughout the country and the most vulnerable are gradually protected, the U.S. can slowly transition through this winter into a construction season concerned with safety instead of a virus.

The U.S. construction market ended an incredible period of growth with a marked decline in the volume of construction put in place. Based on unprecedented federal government intervention, FMI is anticipating the 2020 recession to dissipate; however, corrections across nonresidential markets are at risk of contributing toward ongoing economic losses and an elongated downward trend in nonresidential construction spending.

Within the utility and communications segments specifically, capital plans by owners of power, gas, and communication infrastructure continue to grow, especially since there was a pause in most of these plans during the spring and early summer of 2020. The contractors that have fared best during 2020 were those with firm contracts that were established prior to 2020. For those that had unit-based contracts, conservatism by investor-owned utilities, states, and municipalities has impacted profitability.

As the underground construction industry has optimism about the future, limitations and risk factors are present that could impact sector performance. Historically we would discuss labor as the primary challenge. While the training and job experience required to be a strong employee in the space are still in need, the oil and gas industry’s challenges have created a pool of contractor labor that did not exist in the past five years.

The next item that we were concerned about was inflation and rising rates impacting the ability of owners to finance new infrastructure. However, with the federal reserve committed to keeping rates low for a long duration, that is no longer a concern in the near term. The two biggest areas of concern come from the fallout of COVID-19. Unemployment in the broader population remains high and businesses that have not received aid are filing for bankruptcies in larger numbers. This creates significant strain on state budgets and local economies limiting funds available for growth and improvement of infrastructure. We are also nowhere near through with the coronavirus. While early doses of the vaccine are being delivered to those most at risk, most of the population will not have access until the spring.

Lastly, the federal infrastructure bill is one of the primary drivers of the increase in valuation among the UCC Index companies. This is very similar to the rise in stock prices that we saw in 2016 after the election when an infrastructure bill was thought to be imminent. While I am optimistic that Congress can work together to get this accomplished, there will be considerable pushback from Senate Republicans on the size of the bill (if both seats in Georgia are won by Republicans).

The power distribution segment of underground construction will experience continued growth and investment in 2021. Two trends are driving the growth in this space and both will increase their pace under a new administration concerned about renewable energy.

First, the loss of life and infrastructure damage that has occurred due to fires in California and hurricanes on the east coast is transforming the way that infrastructure is installed, repaired, and replaced. Underground power lines are becoming more prevalent as the cost savings in these extraordinary events is significant and the ongoing maintenance cost is also much less. The second major trend is upgrading the distribution networks in cities to be able to handle a distributed generation network. Houses that are producing solar power are only helpful if the infrastructure can effectively utilize the energy. We also see storage of energy both in residential homes and at the utility-scale becoming much more widespread. Lastly, we will soon be at the point where the efficiency efforts will not outweigh the increasing demand on the electric grid as more and more electric vehicles are now on the roadway. The increased load demand will require upgrades to infrastructure that in our largest cities was put in place over 50 years ago.

The outlook for the natural gas transmission segment diverges meaningfully from the other underground segments this year. The Biden administration has been very clear about their desire to shift from fossil fuels and the likelihood for new oil and gas transmission infrastructure will be limited. We do expect repair and improvements to existing infrastructure to have a stable outlook, simply because we still need natural gas for both heat and the production of power to meet the increased demand from electric vehicles. Despite the need and the relatively low emissions from natural gas, the message from the Biden administration has been clear on this front and we would not expect growth from large opportunities.

The communication construction segment will experience meaningful growth to implement the 5G shift currently being implemented by the major communication companies. Current expectations are that by 2025, over half of all mobile users will be relying on 5G connections. To facilitate this, microcell deployment and the “densification” of the current network is a necessity. The underground segment will benefit as fiber is the backbone that makes the small cell network function. The emergence of 5G wireless technologies marks the next great shift in telecom infrastructure (i.e., from wireline to fiber).

Multi-year initiatives led by telecom service providers will create fiber installation, small cell deployment, and ongoing maintenance contract opportunities for those operators with the requisite fiber construction capabilities. In 2021, the growth and investment will be centered around the major population centers. We do expect some rural area growth increases due to high-speed broadband disparities highlighted during the pandemic. Long-term solutions will still require creativity at the municipal level to implement high-speed networks along with existing power cooperative infrastructure.

Narrowing in on the wet utility segment, a consistent narrative emerges, informed by population trends, industrial production, and government spending. FMI research forecasts that sewage and waste disposal is projected to grow 4 percent in 2020 before contracting in the years 2021-2023. The sustained performance in 2020 was largely from contracts issued prior to knowledge of the pandemic. Thus, while the passage of America’s Water Infrastructure Act in 2018 still provides a measure of cover and stability for capital plans, depressed demand in both the residential and non-residential spaces tempers the short-term outlook.

Though there is a demonstrated need for expansive investment and improvement in the U.S. water network, we believe that the spending trajectory over the next few years will not meet the need. Water construction will end 2020 materially higher than 2019 – up 9 percent – but will be either stable or declining in each of the next three years by FMI’s estimate. Even if borrowing costs remain attractive in the short term, the strong current of demographic shifts into secondary and tertiary markets coupled with an eventual dissipation of government stimulus paint a challenging picture in the wet utility space in the short to medium term.

The information presented creates a challenging dynamic for the wet utility contractor. Despite the ASCE continuing to give near failing grades for the water infrastructure market, the urgency to repair infrastructure at the municipal level is lacking. Creating new bond offerings to do large-scale repairs during a challenging economic cycle will be limited and municipal budgets are also depressed due to COVID-19 related expenditures and lower sales tax revenues. This puts the ball squarely in the hands of state and federal legislatures to create the regulatory framework that would require improvement and financing to ensure it is possible. While we are optimistic about the prospects for a meaningful infrastructure bill to come out of Congress in 2021, this will require coordination across the aisle that has not been present for the last four years. These factors are why FMI believes that the bid market will be very tight as contractors are looking to keep slightly profitable work to sustain their employee base while waiting for the pressures of the pandemic to pass.

The Utility & Communications Construction Index (“UCCI”) presented below presents the stock performance of the sector’s publicly traded stocks over the past quarter (FIGURE 2), the past year (FIGURE 3), and the past five years (FIGURE 4). The UCC Index will no longer include The Goldfield Corporation, as it has been acquired by First Reserve Corporation in a take-private transaction that was long overdue. The last quarter of 2020 was excellent for the UCC Index. Companies significantly outperformed the broader market in hopes that an infrastructure bill is on the horizon. In addition, companies in the segment are all largely critical infrastructure and outperformed throughout the year.

The YTD performance of the UCCI is up 25.4 percent and in the last quarter increased in value enough to outperform the S&P 500 which is up over 13.4 percent year-to-date. Revenue and earnings growth have exceeded expectations and hopes for an infrastructure bill run very high.

The 5-year UCC Index in FIGURE 4 is meaningful because you can see the decline that occurred (almost 20 percent) when infrastructure legislation did not pass in the first 100 days of the Trump administration. The segment performed well during his administration, but oil price declines and COVID-19 hampered the energy industry during the last two years of his term.

Markets experienced a substantial decline in M&A across all segments. However, the activity that has occurred in the last two months and that we would expect to see during the first six months of next year is significant. Two major transactions have occurred in this period. Initially, First Reserve invested in Goldfield Corporation to take them private and grow a new private equity platform in the space. Second, Primoris Services acquired Future Infrastructure from TowerArch Capital in a $620 million transaction. This creates a new competitor to Quanta, Dycom, and Mastec in the communication segment and continues the shift by Primoris from an energy company to one that has a diversified utility offering.

Complete and original article from ucononline.com

The Pros and Cons of Vacuum Excavators
November 2, 2022

Worker Safety In The Summer – How To Address Heat-Related Hazards
July 27, 2022
CONTACT US